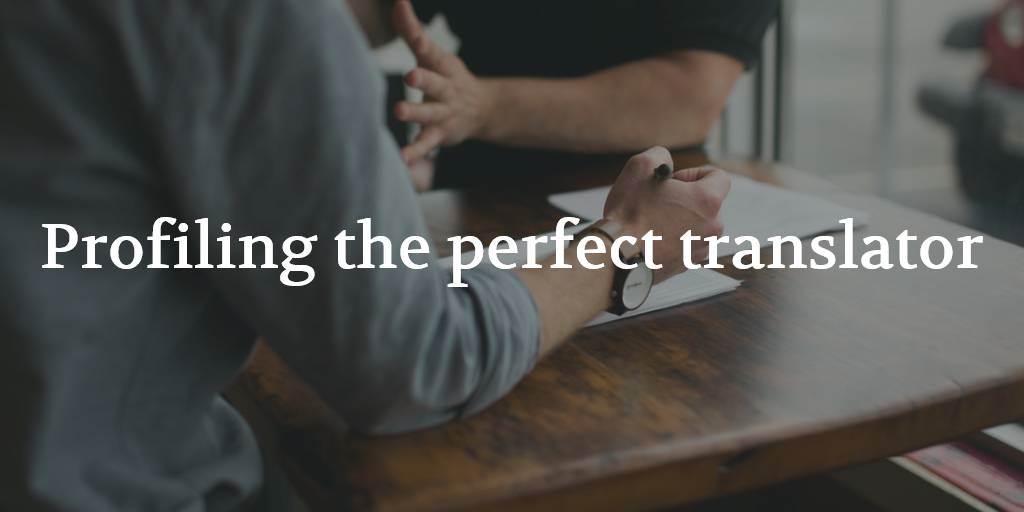 It’s a jungle out there in the world of language services. For every reputable provider out there, there’s a fly-by-night cowboy who’ll take your money and deliver you a barely-readable translation that’s not even close to being fit for purpose. But if you’re unfamiliar with the industry, it can be difficult to determine who’s the real deal and who’s best avoided. So to help you understand what it is that sets the professionals apart, we’ve dreamed up the ideal translator and explained why each of their skills and qualifications matter.

Our first criterion is by far the most important: a professional translator must be a native speaker in their target language. (As a reminder, this is the language that they translate into; the ‘source’ language is the language they translate from.) Why is this so important? Simple: being a native-level speaker is the only reliable way to guarantee proper spelling and grammar, a fluent style and more besides. Of course, there are different levels of linguistic skill even among native speakers, so the perfect translator should be a first-class writer in every respect.

Next, of course, our translator needs to be fluent in their source language. They don’t have to be at native level, necessarily, but it does require many years of study and experience, until the translator has perfect comprehension skills and can clearly communicate anything they need to say. Aside from the obvious fact that you need to understand a text before you can translate it, these skills will also help maintain contact with the client, who may be much more comfortable discussing the project in their own native language.

And since we’re profiling the perfect translator here, why don’t we also look for someone with a second source language? There’s obviously a limit to the number of possible languages one person can learn to a high level, if only because of the time commitment required, but in theory it’s entirely possible for a professional translator to have two source languages, particularly if they’re closely related. A Danish citizen, for example, might be familiar enough with both Swedish and Norwegian to translate from either.

The perfect translator should also have some kind of specialist subject knowledge. It’s great to know how to write well, of course, but it’s even better to know what you’re writing about! However they pick up this kind of knowledge – from past professional experience, from academic training, or simply through their own independent learning – a modern translator is much more valuable if they understand a certain subject in depth. Popular specialist fields include medicine, science, law and technology – but there are as many possible specialisations as there are industries in the world. A translator who specialises in one very specific field with few competitors may be able to command a higher price for their expertise, but if they go too far into their niche, they may also limit themselves too much. The perfect translator, therefore, is someone with both breadth and depth of knowledge. A medical translator, for example, might have a broad understanding of the medical profession as a whole, but have a much deeper knowledge of something more specific like pharmaceuticals.

So far we’ve talked a lot about knowledge and experience, but we haven’t said much about how a translator might acquire them. What specific qualifications might we expect to see on the perfect translator’s CV? A bachelor’s degree is a good bet, either in a foreign language (presumably their source language) or in their specialist field. If it’s the latter, then presumably they picked up the language through some non-academic means. Perhaps they were brought up bilingual by their parents, or else were born in one country and moved to another while still young. Perhaps they’ve spent some extended time in their source-language country later in life, although in that case we’d want to make sure their linguistic and cultural knowledge of the target language is still up to scratch. Professional experience in a specialist subject is always handy, too, and some translators may also have some kind of postgraduate qualification in translation – a master’s degree, perhaps, or some form of professional accreditation from a reputable translators’ association.

And what about the kinds of skills that our translator will put to work on each project? Attention to detail is a big one, of course, both for identifying little nuances of meaning in the source text and for proofreading their own work. Everyone makes mistakes sometimes, but a professional translator will spot their own mistakes whenever possible and correct them. The perfect translator should also be an independent thinker: able to research subjects in order to write about them authoritatively, and also capable of resolving problems for themselves – things like ambiguities in the source text, or potential factual errors that may need correction.

These last few things are important because the average freelance translator tends to work alone: their contact with clients and agencies may be primarily by phone or by email, and time differences between different countries might mean that their working hours don’t line up particularly well with their customers’ hours of business. As such, a translator will sometimes only have themselves to rely upon. This also means that the perfect translator needs discipline. There’s nobody looking over your shoulder when you work from home, no boss to watch exactly what time you clock in and out each day. The temptation, therefore, can be to procrastinate, to let yourself get distracted by things other than the task in front of you. But a disciplined professional translator will resist that temptation and ensure the job gets done promptly and effectively. They don’t need peer pressure to get things done.

Finally, the perfect translator needs a sense of professionalism. This is a difficult thing to nail down precisely: in part, it’s the sum of all the qualities we’ve already mentioned, but it’s also more than that. It’s about respecting client confidentiality, since translators often work with sensitive or privileged information. It’s about taking the job seriously, treating it as a career rather than a hobby. And ultimately, it’s about respect: the perfect translator should respect themselves, their customers and the work that they do. So if you want to spot a real professional, by all means look for all of these qualifications and skills – but also look for the ones that are open and honest with you, the ones who care as much about your business as you do. These are the translators that you can really count on when it matters.

How to choose a translatorTips for translation buyers
Print Post
1