How can translators keep up with two different languages?

How can translators keep up with two different languages? 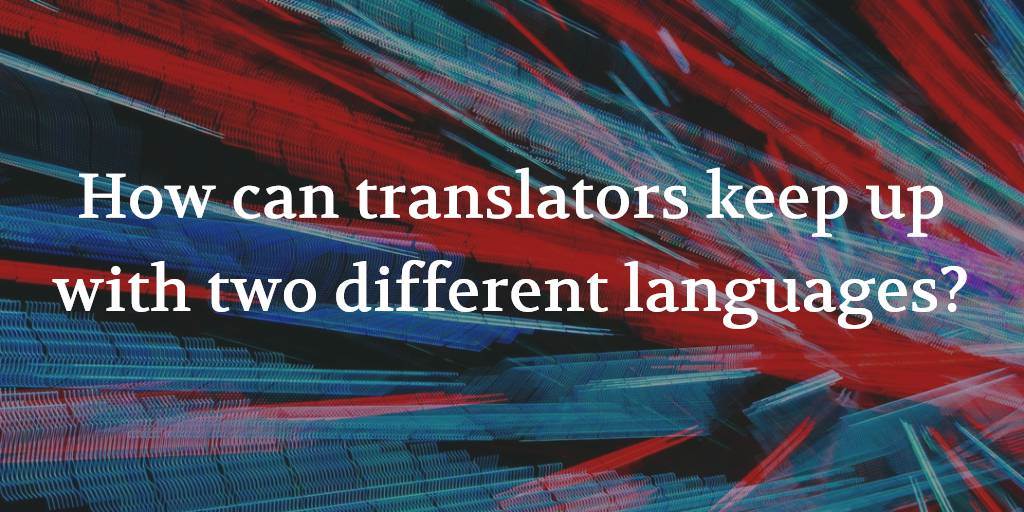 Being a translator is an exciting job. It’s all about bringing cultures together, helping them understand each other. Letting people exchange ideas when the language barrier would otherwise make it impossible. It’s not an easy profession to break into: you have to have real skill with two (or more) languages, a gift for writing, and an in-depth understanding of the subject matter you’re working with. In other words, a good translator is an expert in both their specialist subjects and in the overall culture of both their source and target languages. You have to know what you’re talking about.

One basic requirement, of course, is native-level proficiency in your target language – the language you work into. So a Russian-to-Polish translator, for example, is likely to have grown up in Poland. If you work in the technology industry, you might have heard of the verb “to grok” – a word originally invented by science fiction author Robert A. Heinlein, which roughly means “to understand something so intuitively, you become a part of it and it becomes a part of you”. In tech, developers or bloggers or others will talk about “grokking” a big, complex idea (like a workflow or a chunk of code) once they feel like they understand it fully and don’t have to keep checking the reference material every five minutes. And when it comes to language services, good translators grok their target language.

But what about the source language, the language of the text you’re translating? How do you develop the skills necessary to fully decode and transform a document that was originally written for a completely different culture? The path to this kind of skill varies a little more. Maybe you’re one of the lucky few who get brought up in a bilingual household: taking the example of our Russian-to-Polish translator, maybe she had a Russian mother and a Polish father. Maybe you took the study route, picking up the language at school and developing it through to a qualification like a bachelor’s degree. Maybe your family moved around the world while you were young; maybe you travelled under your own steam and learned a new language later in life. Everyone has their own story.

However translators first develop their source-language skills, though, one common factor tends to unite them. Translators who have spent some extended period of time in the country of their source language will know that there’s nothing like it for honing your skills. If everyone around you is speaking a foreign language, you’d better pick it up fast if you want to get by. Textbooks and classrooms can take you some of the way to learning a second language, but total immersion in a real-world environment lets you get up to speed with how it’s really used.

Naturally, living in a foreign country is also great for…

You can read the full article in our ebook The Ultimate Guide to Becoming a Successful Freelance Translator.