Eight Failed Advertising Campaigns Boasting the “Don’t Do That” banner

Eight Failed Advertising Campaigns Boasting the “Don’t Do That” banner 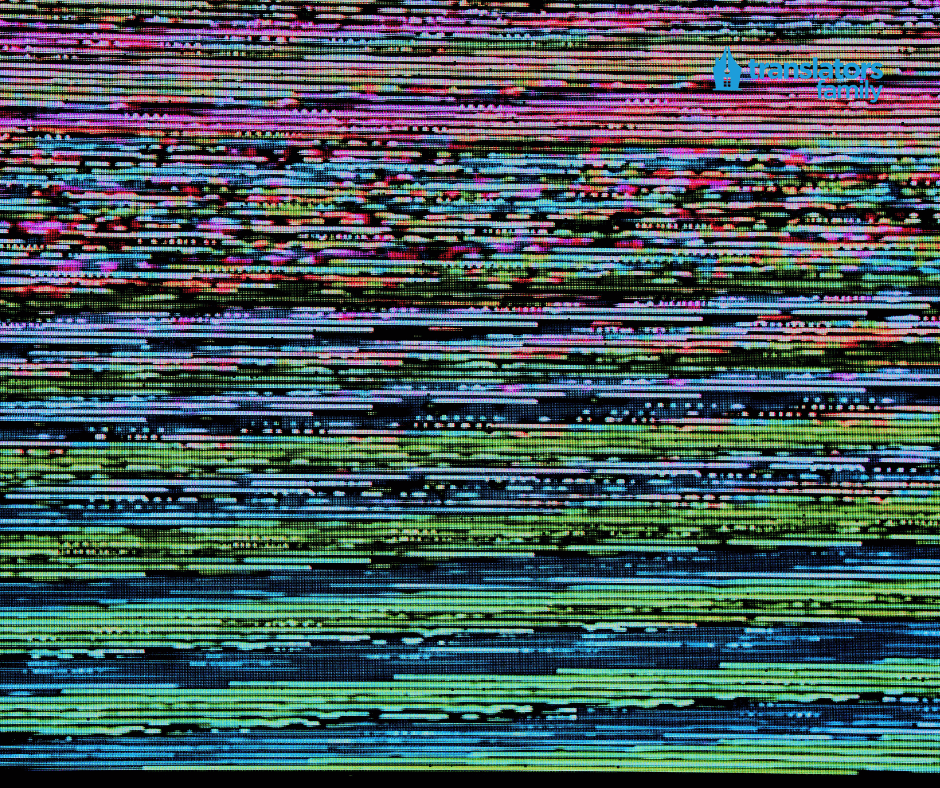 The goal of any marketing activity is to get attention

It goes without saying that interest and avid curiosity are best. But the truth of life is that interest and/or curiosity are often adverse. Instead of interest, creatives provoke anger, and instead of curiosity stimulating purchases, an uncontrollable urge to go on social media and write your thoughts about the brand. And sometimes send a couple of complaints to government agencies.

Today, we will talk about the scandals surrounding the 8 failed ad campaigns produced in recent years, which we found most notable. We didn’t take mainstream examples that everyone already knows about. We tried to find 8 less bland but no less exciting stories. Let’s say right off the bat that not all of these examples are unambiguous. We won’t support either advertisers or their angry audiences but tell them what rash steps in modern marketing can lead to.

Burger King, where beauty is in the eye of the beholder 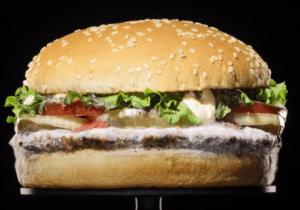 In early 2020, a Burger King campaign made headlines online. Determined to show that its burgers have no artificial preservatives, the company released a video with the slogan “The beauty of no artificial preservatives.” In the video, the burger was covered with mold for 34 days. The authors may have thought the message was striking, but users disagreed. Many wrote that after this commercial, they lost their appetite for Burger King’s burgers altogether.

Valentino vs the East 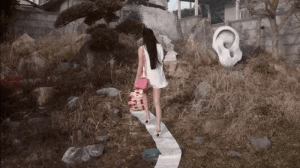 Cultural symbols and elements of national costumes were probably always used in high fashion. They are not always negative. However, Valentino had a stroke of bad luck. For the promotional posters of one of its collections in Japan, it arranged a photoshoot with the Japanese model Koki. In one photo, she was sitting on a traditional Japanese women’s obi belt, and in the other, she was walking on it using it like a carpet. What Valentino did not fathom was that such images were unacceptable to the Japanese. The belt is an integral part of the national costume; it is richly decorated, conveys rich symbolism, and can cost more than the kimono itself. In response to complaints, the company initially denied that it used obi and said that it was only a similar fabric. Then it caved in and acknowledged that the ad would be a lesson for the brand. 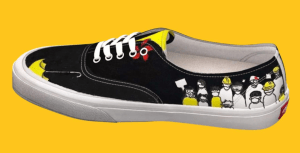 In 2019, youth casual clothing and footwear manufacturer VANS decided to hype the political theme but got an unexpected result. The company released sneakers with a print depicting obvious symbols of the Hong Kong protests, i.e., people wearing yellow helmets, masks, goggles, and umbrellas. The brand decided to hype up its products that way because the symbols were very recognizable and wholly unambiguous. After a barrage of complaints from the Chinese authorities, VANS took the shoes off the shelves but received even more negative input from the protesters and their supporters. Everyone who was disappointed launched memes and hashtags on social networks condemning and mocking the company.

This one is tough, so get ready. In 2021, the Wix brand decided to use its competitor WordPress, featuring it in an adverse ad campaign. It sent out packages with Bose Noise Cancelling 700 headphones, stickers, and a QR code to some members of the competitor’s community. Clicking on the code opened up a video allegedly on behalf of a WordPress representative, telling them that Wix has launched an ad campaign against the brand. Suppose you haven’t caught on yet. Don’t worry. The recipients of the packages didn’t get it either. Why the headphones? Why would they know anything about the Wix campaign? But as the fog began to lift, people became angry. They found the campaign pointless and mocking.

But that wasn’t the end of it. Then there were commercials mocking WordPress with the slogan, “You deserve better”, hinting that WordPress was not good enough and that they should move on to a competitor, i.e., Wix. As expected, the ads were slammed. The result of the action was not only a drop in Wix’s reputation but also a direct loss of customers. Judging by the comments on Wix’s social networks, many fans of the platform switched to a competitor as a matter of principle.

Similar to the Japanese obi example, this one, too, touches on the specifics of cultures and countries around the world. Scandinavian airline SAS decided to show how essential interactions between peoples (and travel, as you can imagine) are to their development and expressed this in a monologue that began, “What is truly Scandinavian? Nothing.” The monologue goes on to list many borrowed things that have become Scandinavian, such as democracy from Greece, windmills from Persia, German bicycles, Turkish Kofta meatballs, etc. The brand wanted to say that travel enriches us, allowing us to “bring home” something new, adopting it as part of yourself But this simplification, noticeable especially at the beginning of the video, angered and offended users. The video ad has 136,000 dislikes on YouTube at publishing, and the company has to close the comments. 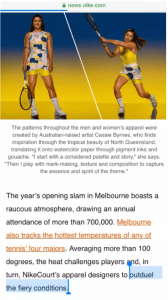 In 2020, when forest fires were raging in Australia, the Nike outfit collection was released to coincide with one of the Grand Slam championships. One of the texts describing the goods included the phrase “…to outduel the fiery conditions”. Of course, it was meant to fight the overheating of the body during the game. It is likely that the texts were prepared in advance and were not double-checked before launching. However, users noticed the phrase and bombarded the brand with a barrage of criticism. As a result, the phrase was replaced with a more neutral one.

Cadillac vs. the American Dream

The brand commercial with Neal McDonough, which aired on NBC, was quite straightforward. The actor says that he and all Americans work hard to acquire luxury stuff, while people in other countries prefer a more unhurried life and vacation in August. Of course, the underlying message of the video is a bit different. The authors wanted to say that Americans are dreamers who believe that anything is possible and do a lot to get there. American audiences revolted. Many pointed out a more primitive meaning staring you in the face: you work hard to buy expensive cars. As a result, the company stopped broadcasting the commercial.

In 2011, Groupon ran a TV commercial with actor Timothy Hutton. In the first half, he says that Tibet, one of the most beautiful countries in the world, is in danger. Then follows an abrupt transition to a shot in which he sits in a Tibetan restaurant and says, “But they still make a great fish curry!” And offers to try it in the restaurant using the Groupon service. The company was accused of exploiting Tibet’s problems for the sake of advertising. It stopped broadcasting the commercial and hesitated to run any video ads for another three years since then.

They’re not as big and -in-your-face failures, but they’re noteworthy and fresh nevertheless. 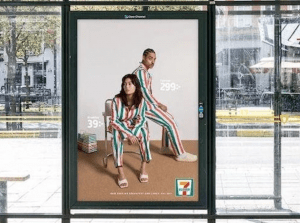 In March 2021, the 7-Eleven chain decided to open an “all-day breakfast” outlet in Sweden. This was tied in with the theme of working from home when you can eat breakfast all day long. The company released a small collection of pajamas for the event. So far, everything sounds good, right? Except that posters with pajamas were placed at public transport stops and in the subway, where remote workers are infrequent.

An April Fool’s joke and Volkswagen 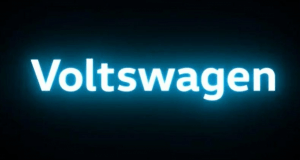 As part of the infomercial, the company decided to post funny news about the company’s renaming into Voltswagen (the name refers to electricity, and the brand is just planning to produce electric cars). The only problem was the news came out not on April 1, but on March 29. Users did not get it, the company shares soared, and then collapsed below their previous values.

Intel and someone else’s laptop 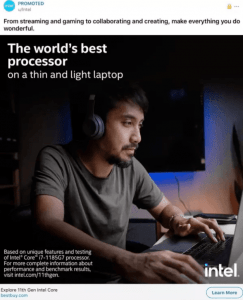 Not everything here is as apparent as in the other examples. We see a creation that seems to make sense: the slogan, the model, the product. However, technical experts noticed that the image does not show a Windows computer but a MacBook Pro, which does not have the advertised processor. The device was identified by its general outline and touch-bar, and someone even noted a Magic Mouse. If you weren’t satisfied with the examples in this article, check out the PalmFace Awards from Media Nation. These are individual, updated lists of the shittiest examples of advertising “creativity.” If you like, share with us in the comments other examples of marketing failures you know, or conclusions you’ve drawn from the cases we’ve mentioned. Share your emotions, too. We can’t wait!